We changed our Embedded Ansible implementation in Ivanchuck/5.11 to use ansible-runner instead of Ansible Tower which was used previously.

What can I do about it?

Unfortunately, there’s no hot fix for the current release. Modifying the existing provisioning behavior would require a significant code change.

The good news is that we created a workaround for the issue.

We added code in the 5.11.10.0 release that supports Automate changes that are a key part of the workaround.

The back end changes can be found at: http://github.com/ManageIQ/manageiq/pull/20759

The code that is responsible for doing the git checkout and calling ansible-runner to run a playbook is called during the execute state of the Generic Service state machine. We can insert an Automate method in a state prior to the execute state where we can check the git connection and retry the state machine, if necessary, until either the repo becomes available or the maximum number of retries have been exceeded. Once that method ends successfully (meaning it was able to connect to git) we can proceed to the execute state with a high degree of confidence in the Service provision completing successfully.

The major part of the workaround is a new check_connection Automate method which checks that the git repo is accessible before it allows the state machine to progress to the execute state.

The check_connection method affects the state machine as follows:

If the git connection is:

the state machine proceeds to the execute state.

the state machine proceeds to the execute state.

the state machine aborts with a message that it has exceeded the (configurable) max_retries count specified for the pre5 state.

Automate Note - The max_retries setting in the Generic Service state machine Pre5 state determines how many times to retry the git connection code. The default is 100.

The git_retry domain we created contains only 2 changes to the Automate model.

The screenshot below shows the ManageIQ system domain provision instance has no value in the pre5 state. 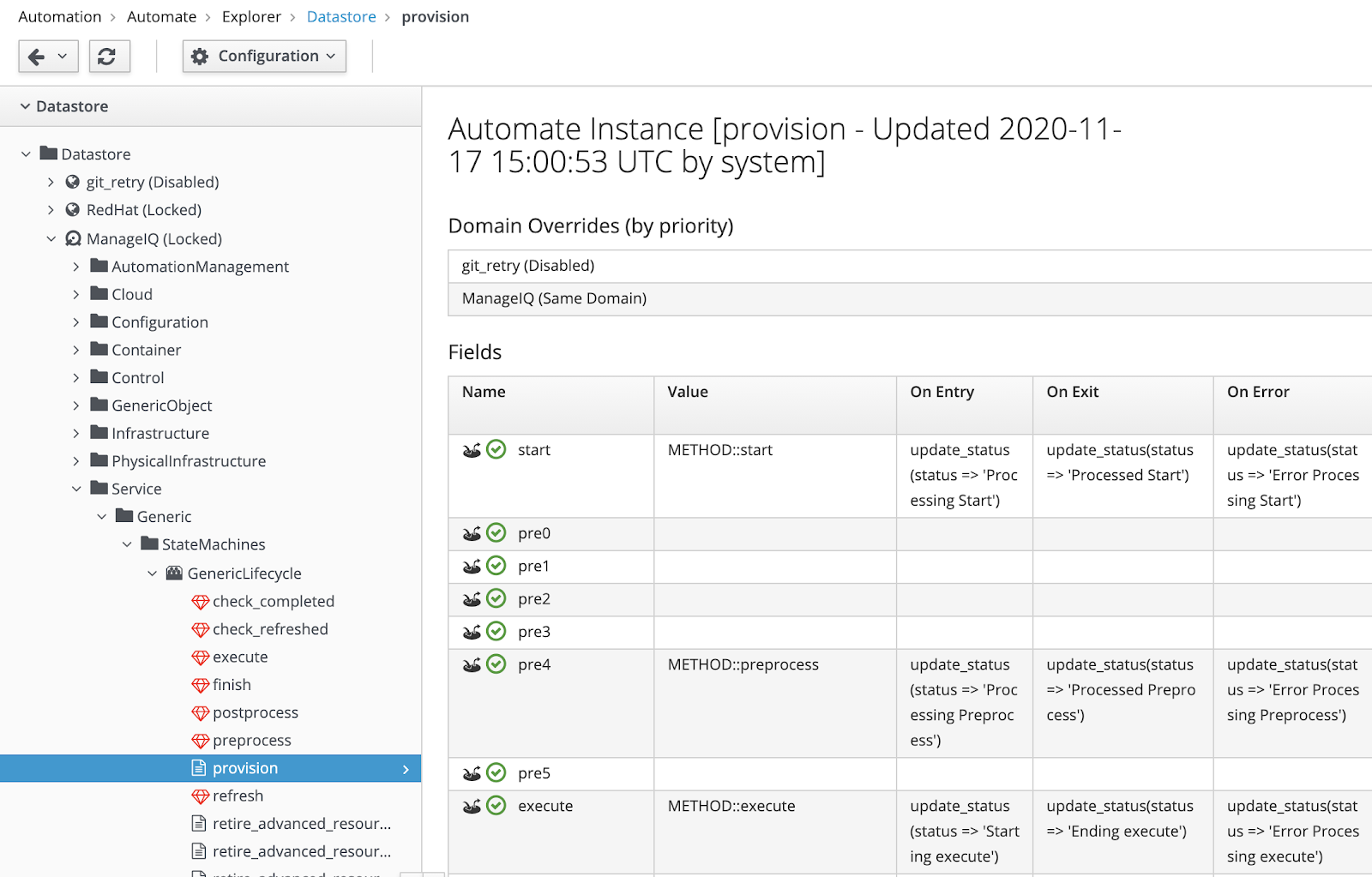 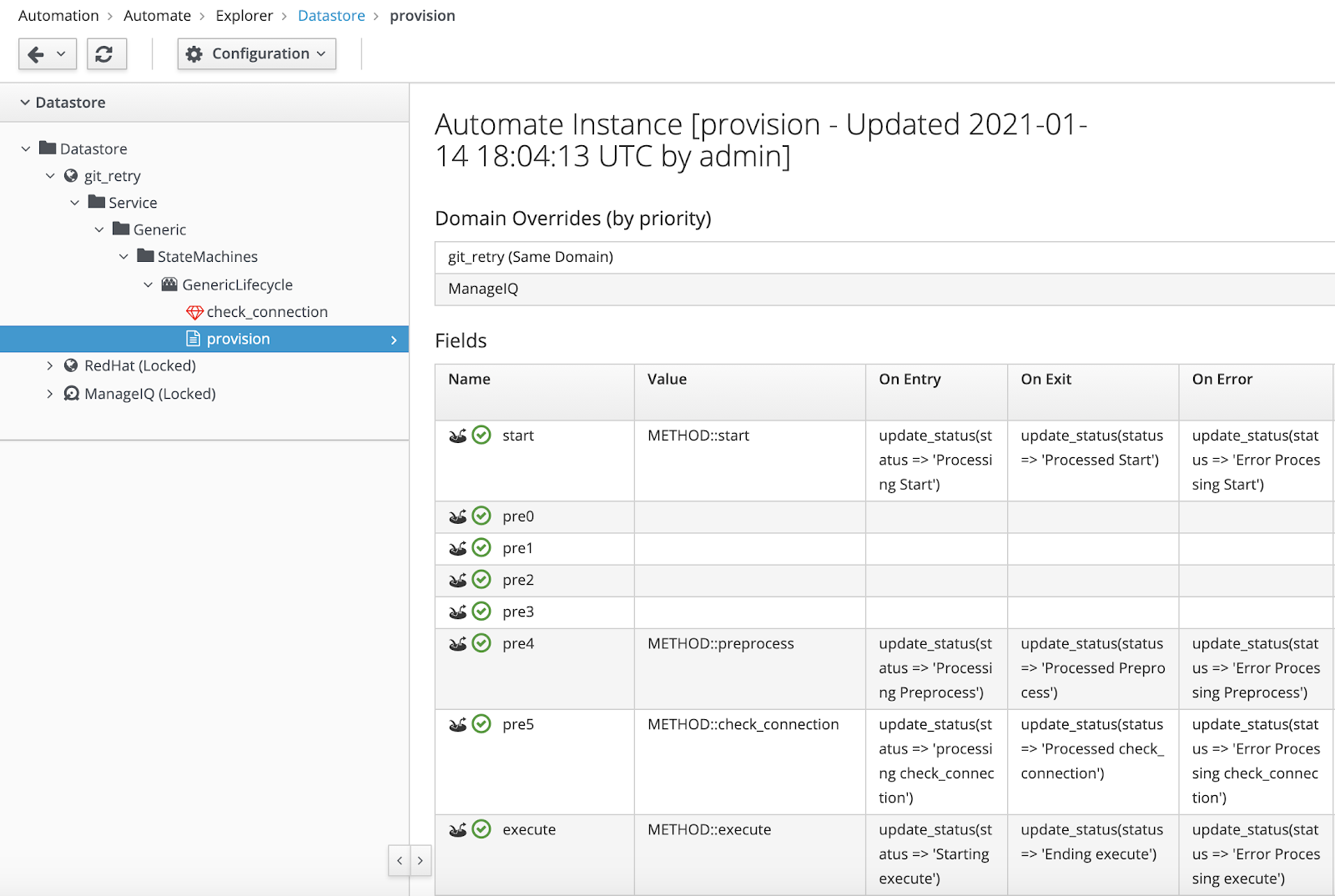 How do I apply the workaround to my environment?

The workaround requires a minimum version of 5.11.10.